Let’s remind ourselves why deliberate positive thoughts are necessary. If our minds are left untended to, the ego creeps in and takes over with worry, fear and negativity. This is just human nature. So it is vital to our joy to consciously place good, positive thoughts in our awareness lest our egos will take charge.

Okay, so another way to use our thoughts to increase our joy is in finding positive aspects. We can find the positive in ourselves (which we’ve touched on in increasing our self-worth), in others, in circumstances, and even in challenging situations.

Positive Lists are similar to the appreciation exercise, but Positive Lists are aimed at a specific topic or person. For instance, we could make a list of positive traits of our spouse/partner, parent, friend, co-worker or ourselves. It could also be about our job, a vacation, or our home. It can even be about a (seemingly) “bad” situation or someone we don’t like.

The idea behind these lists is to shift our perception from negative to positive, to get us on the wavelength of a high vibration. Simply put, to make us feel good! Sometimes it is fun just to list a bunch of good things about someone or thing. Other times, it is greatly beneficial to deliberately adjust our bad feeling about someone or thing.

For instance, once when I was particularly feeling irritated by my husband’s actions (by the way, this is a normal part of close relationships!), I wrote a positive list about him. Not only did it make me feel better to focus on his good things, but I no longer felt irritated. Not only did I not feel irritated, but he no longer was doing those things in my presence! One time he began complaining about something that happened at work. Rather than try to ignore him (which I had tried in the past and found out does not work) I focused on my positive list about him. At the end of his rant, he ended by saying he was going to talk to another co-worker about it and not think about it anymore in that particular moment. Mind you, I had not even said a word to him. Within a month he proclaimed he wanted to be less cynical and more positive about things.

It is important to note that circumstances changed after I felt good. And that I did not set out to change anyone or thing, except for how I was feeling. I truly was focusing on and deeply feeling his positive attributes. It was not for pretend. The whole list was and is real. But, it did not matter if he saw his own good or not. It was all about how I was feeling about him. This is a good exercise in overcoming the ego rather than going down the usual ego path of pointing out how wrong or bad they are so we can feel better about ourselves. We are not trying to feel better by making another person wrong or inferior or by comparing ourselves to others. We truly are just acknowledging the positive in the other person, in a completely egoless way. We are deliberately making ourselves feel better and if circumstances happen to also change for the better, then that’s terrific as well. 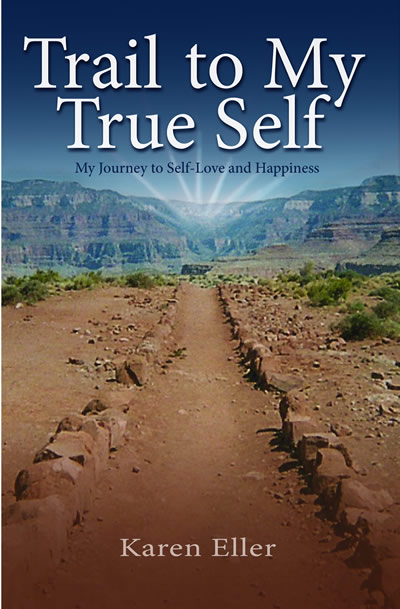 Trail to My True Self